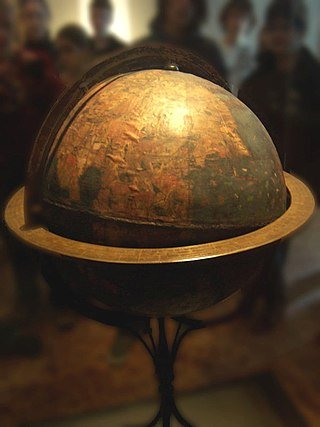 Flat Earth references did crop up between the 17th and 19th centuries, mostly for comic effect rather than as commentary on medieval belief. Cyrano de Bergerac in the 1600s in a comedic book invents a fake quote from St Augustine saying that the Earth was a flat as a stove lid. His educated audience might have laughed not only because they knew the Earth to be a sphere but also that Augustine said nothing of the sort.

It was a symptom of growing distrust of the establishment, and of religion, especially Catholicism and, in the case of the United States, the vibrant rational commonsense of the New World against the fuddy-duddy stick-in-the-muds of the Old World. So it was that Thomas Jefferson claimed in 1784 that Gallileo was punished by the Catholic Church for promoting the idea of a spherical Earth, a false claim that Jefferson, as an educated man, would have known, but facts are of little importances in polemic.

By the late 19th century and into the late 20th century, and until today, textbook after scholarly textbook repeated what Jeffrey Burton Russell calls “The Flat Earth Error” that even the educated or a significant portion of them, believed the Earth was flat prior to the voyage of Columbus. Textbook writers tend not to do their own research but to copy and rephrase statements made in other textbooks and reference works.

American historian and former diplomat Lewis Gleek observed in his 1984 book A General History of the Philippines, concedes that the educated and scholarly knew the Earth was a sphere: “To the average man of these centuries however the Earth was flat, and unless he was a merchant or a sailor never travelled more than a few miles from home” thus including the two classes of people least likely to hold on to the idea of the Flat Earth.

We can trace the explosion of the Flat Earth myth very precisely to Washington Irving’s four=volume A History of the Life and Voyages of Christopher Columbus published in 1828. In a fanciful tale that invented the myth that Queen Isabella sold her jewels to finance the Columbus expedition and similar fictions Irving creates a scene in which Columbus argues with sceptics in Salamance who hold that the Earth is flat. No such debate ever took place, the sceptics said that the Earth was bigger than Columbus said it was, and they were right.

Over the next 70 years some 175 editions of Irving’s historical romance were published, becoming an iconic work of American literature and establishing the flat Earth myth in the popular mind.

In 1834 French anti-religionist scholar exhumed Lactantius and Cosmas Indicopleustes and presented them, rather disingenuously, as proof of the Catholic Church’s medieval belief in a flat Earth. He was followed in 1837 by Anglican priest and eminent scientist Rev Dr William Whewell, who also used Cosmas and Lactantius for the same purpose.

The concept of a war between religion and science, with the Catholic Church standing in the way of scientific progress, suited anti-religionists and protestants. The Church’s objection to Gallileo was something of an outlier and his punishment had more to do with him insulting the Pope, who actually supported him. There is an extensive list of Catholic clergy who have contributed to the advancement of scientific knowledge, as well as Catholic laypersons.

One can pop along to the Jesuit Manila Observatory to see Church-supported science at work.

Fake history was turned into more ammunition by another eminent scientist and scholar, John William Draper in 1874 with the publication of A History of the Conflict between Religion and Science, repeating the same claims. Two years later Andrew Dickinson White, who co-founded Cornell University, published The Warfare of Science. Both books were popular and influential.

These were men of eminence, highly respected in their fields, their words were authoritative, and, in this case, wrong, led astray by their own agenda.

Their legacy lives on in the widespread belief that those in medieval times, especially the church, held the Earth to be flat and the spherical Earth concept to be blasphemy.

Yet there is no room for comfort. A very real war against science has emerged over the past few years, this time from the extreme right-wing Christian evangelical faiths in the United States. It may not be long before the Flat Earth is taught as a fact in schools in those same states where creationism is being pushed into the science curriculum.

We ignore it at our peril. A real Dark Age is on the horizon.